Get fresh music recommendations delivered to your inbox every Friday.
We've updated our Terms of Use. You can review the changes here.

Don't Give Up You Can Do It 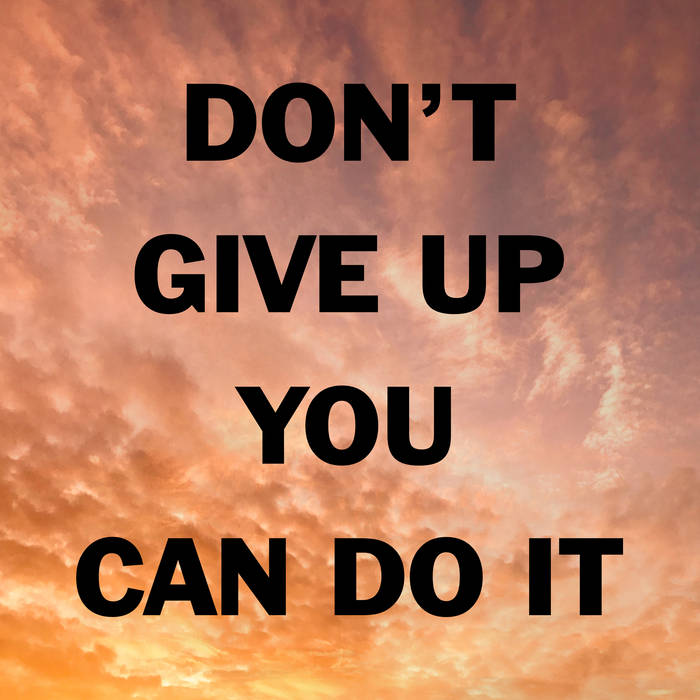 ‘Don’t Give Up You Can Do It’ is the second solo release from Schwerpunkt.

Following in the mould of previous release, ‘How To Be Saved And Know It’, this tape consists of two extended, freeform, pieces, one on each side. The tape finds Schwerpunkt, AKA George Rayner-Law, continuing the process based approach to sound common between Shwerpunkt relates and his contributions to his band, Werk.

Both of these pieces were improvised. Track A, ‘Don’t Give Up’, consists of a synthesised pulse running through a range of delays to create a dry, harsh, abyssal sound. Track B, ‘Your Success Is Guaranteed’, was made by gaffa taping a Bontempi organ to produce a constant drone, then micing the organ through delay, EQ and straight into a tape deck, to create a hyper-saturated sound - a quavering, dense block of noise. The contrast between the two pieces is very sharp - ideology of approach is the strongest link.

Both recordings sat in George’s archive, until enlivened by a new context - the trip to Tesco. Track A came on shuffle while in Elephant & Castle Tesco, and quickly became the preferred soundtrack to the threatened shopping centre. Indeed, both pieces are rapidly hasten the Gruen Transfer - the moment of confusion in a shopping centre where a consumer forgets their original intention and gets lost in retail. Sound best experienced as a soundtrack to the capitalism’s death rattle.

The artwork is based on a religious pamphlet, drawn from the artist’s extensive collection. The current trend in religious pamphlets is a co-option of ‘wellness’ culture and imagery - ‘wellness’ itself being part of the same death rattle of capitalism. This artwork is part of that trend - originally designed to look like a health pamphlet, then a flyer about God, now a record cover.

I HATE MY RECORDS London, UK

I HATE MY RECORDS recommends:

Bandcamp Daily  your guide to the world of Bandcamp

Sampa The Great joins the show to discuss her release, "As Above, So Below".